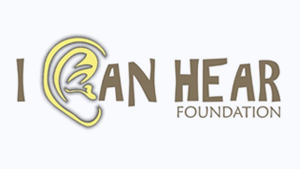 BCI include devices such as the BAHA and Bonebridge systems

Using bone conduction, sound is conduced naturally through the bone directly to the cochlea, independent of the outer and middle ear. A BCI system uses this natural process by amplifying sound signals, converting them into vibrations and transmitting them to an implant in the bone.

The bone then conducts the vibrations directly to the inner ear, which is embedded in bone. This is the reason why such implants are also called bone conduction implants.

In the inner ear, the mechanical vibrations are converted into nerve signals and transmitted to the brain via the auditory nerve and perceived as sound.

Implantable bone conduction is, therefore, an effective hearing solution for people with conductive or mixed hearing loss because it bypasses any problems associated with the outer or middle ear. The system can also help those who suffer from single sided sensorineural deafness by transmitting sound received on the deaf side directly to the hearing ear.

Is a BCI right for me?

Ask yourself the following questions:

If you answered you to any of these questions, you may be a candidate for a BCI system. Talk to your hearing professional to learn more.

How does the Baha system work?

A small titanium implant is placed in the bone behind the ear where it osseointegrates with living bone. Put simply, it becomes 'one with the bone'. It's the same process that secures dental implants.

Osseointegration takes about three months for adults and six months for children. Once this has taken place an abutment is attached to the fixture and a sound processor is clipped on.

The Baha Attract System transmits sound vibrations to the inner ear through a magnetic connection between the sound processor and the implant under the skin. The benefit being that there is no skin penetrating abutment, providing a good aesthetic outcome with no need for daily care.

The Baha Connect System transmits vibrations through an abutment which connects the sound processor to the implant. Using the DermaLock TM technology the skin is left intact around the abutment. Here the major benefit is the efficient transmission of vibrations, providing maximum amplification.

How does a Bonebridge system work?

The Bonebridge is a bone conduction implant system, consisting of an external audio processor, worn behind the ear and an implant, positioned surgically under the skin.

One of the unique features of any of the BCI systems is that a prospective recipient can test it prior to implantation. Most are amazed. Not only by how much better they can hear, but the quality and clarity of sound provided. Speak to our clinician or surgeon to try a BCI.

Babies and young children have very thin bones and may not be ready for an implant. The Baha on softband is the ideal early intervention alternative. The softband allows the sound processor to be worn, without the implant. Easy to use and comfortable, providing infants and toddlers with the amplification they need to facilitate language development.